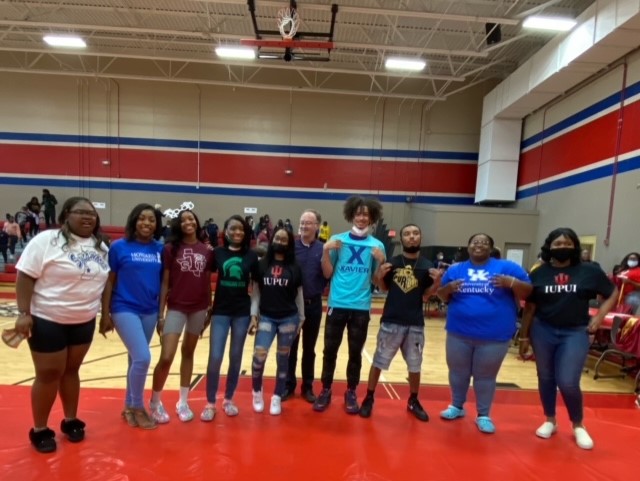 Xavier, Howard University, Michigan State, Purdue, Indiana University, University of Kentucky, Southern Methodist University, and IUPUI. These are just a few of the schools our students in Gary are headed to this August and September for college. Tonight, they graduate from 21st Century Charter School in Gary, Indiana. Many, 15 to be exact, already graduated from Ivy Tech Community College back on May 15th because they’ve already earned associate degrees and career certifications. Several will head off to school in late August as juniors in college because they’ve earned so many college credits while in our high school. So cool!

In Louisiana, GEO Prep Mid City was featured by the Louisiana Department of Education during their statewide “success summit” in New Orleans earlier this week. Earlier this year, the Department of Education chose to produce videos featuring how three schools in the state successfully responded to the challenges of Covid. One of those schools was GEO Prep Mid-City. You can view the 3-minute video here. Our educators and leaders in Baton Rouge are among the very best in the country. I’m so proud to work alongside these terrific leaders.

Next week, look for three very extraordinary announcements from GEO. And when I say extraordinary, I mean it. I can’t wait to share the news with you.

Have a great and safe Memorial Day Weekend. All the best!

They Did It Again!
GEO Receives $8.35 Million to Accelerate College and Career Readiness